One sunny spring day, a few of us at Bohemian Hostels & Hotels joined our friends at Offroadsafari on an epic adventure through the Bohemian Uplands- a region located in northwestern Bohemia. We see this term “Bohemia” thrown around a lot. While we have many interpretations of what that term means, before it adopted any modern connotations it was simply the westernmost and largest historical region of the Czech lands in the present-day Czech Republic. So where did this modern idea of “Bohemia” come from? What comes to mind? Hippies? Free-spirits? Counter-culture? Perhaps the most important question we pose, is what is the connection between that meaning, and this landscape.

Take a trip with Offroadsafari and discover. You will encounter ancient volcanoes, sweeping views, charming villages, industrial infrastructure with some of the most beautiful Czech countryside, complemented with heart-warming Czech cuisine- all wrapped up into one epic day. This is Bohemia. 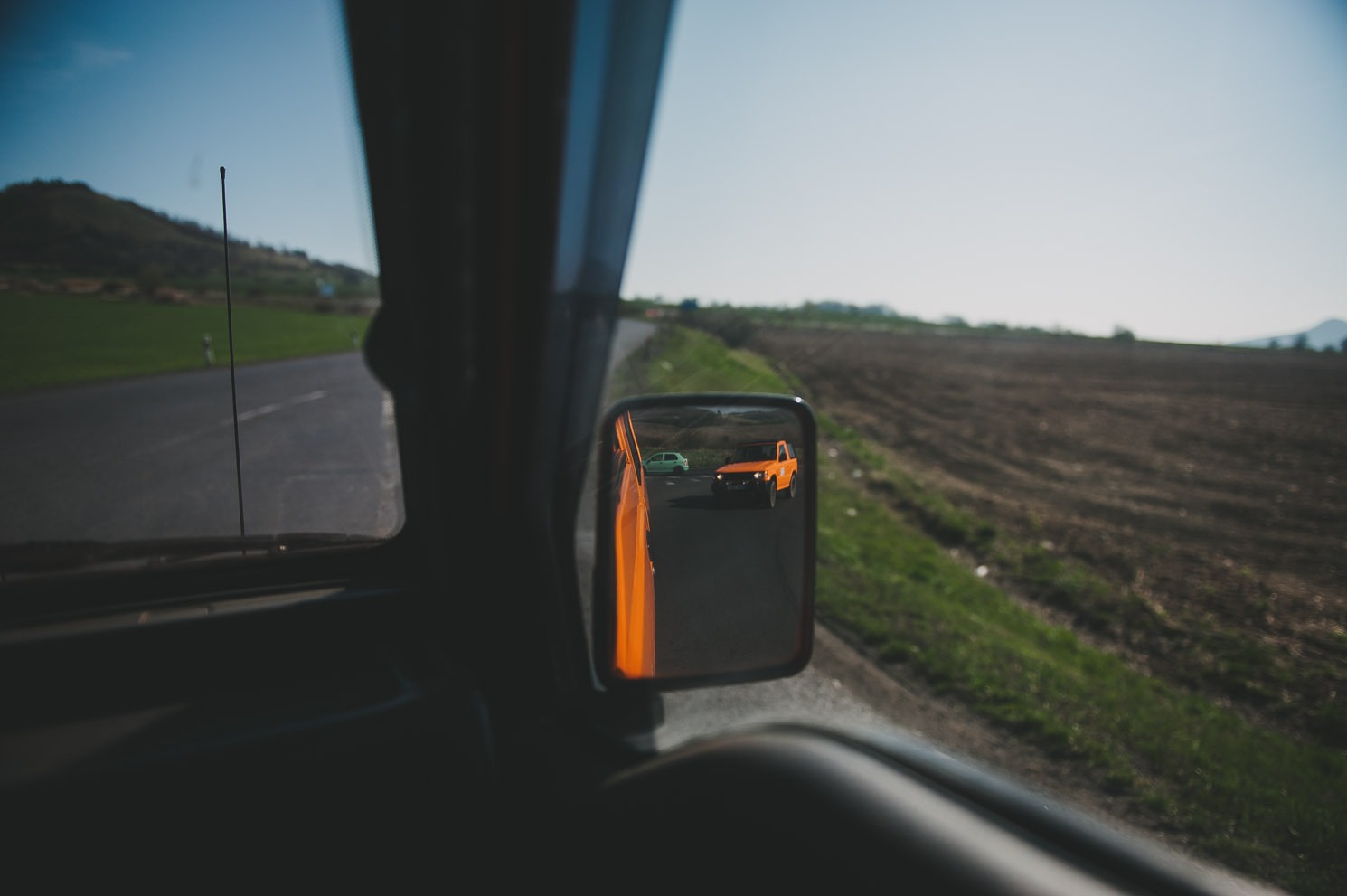 Our trip began climbing into two rugged-looking orange vehicles. We drove through a few small villages on paved roads from the meeting point in Louny. The way the vehicles stuck out, towering over others, created some anticipation as to what the day would hold. We eventually turned off an unmarked trail hidden in plain sight. The way the wheels made contact with the earth after the shift in the terrain marked the beginning of our adventure. Not long after parking at the base of a rather large domed mountain, we began our ascent. 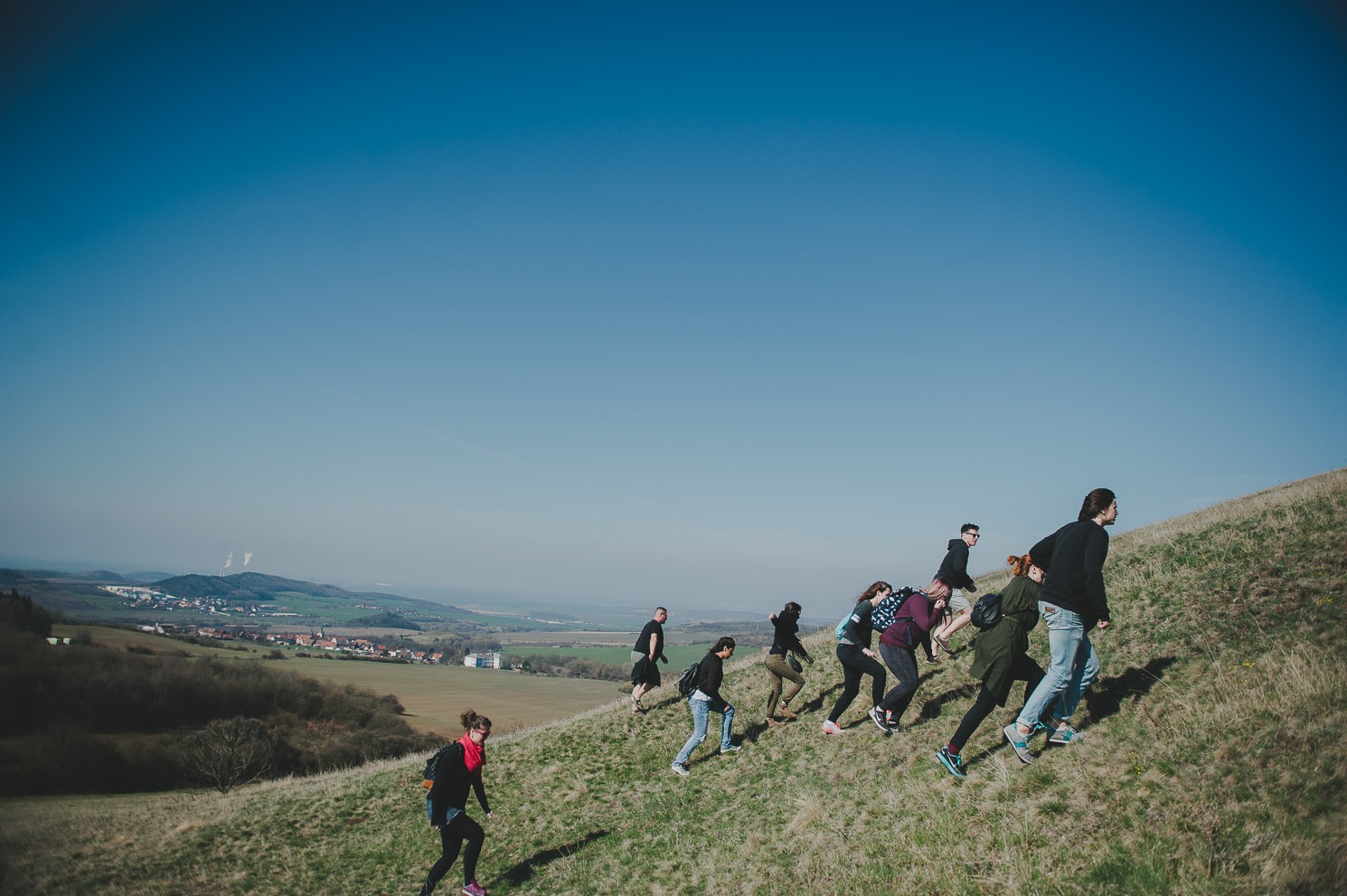 The hike was steep and quick but with every step you saw the landscape unfold, until you reached the summit, yielding 360 degree views of the region below. You could see far across the rolling hills to a scene made up of green and blue hues that melted the horizon with the sky. The mountains steepness was attributed to their interesting dome-like shape and the ones seen in the distance mirrored our own. This unique landscape was formed by volcanic activity millions of years ago. It’s highest peak, Milešovka, reaching only a mere 800 meters above sea level, yet creates a sight to be held. The valley’s in between were once filled with water, making this scene look much different than it would today. 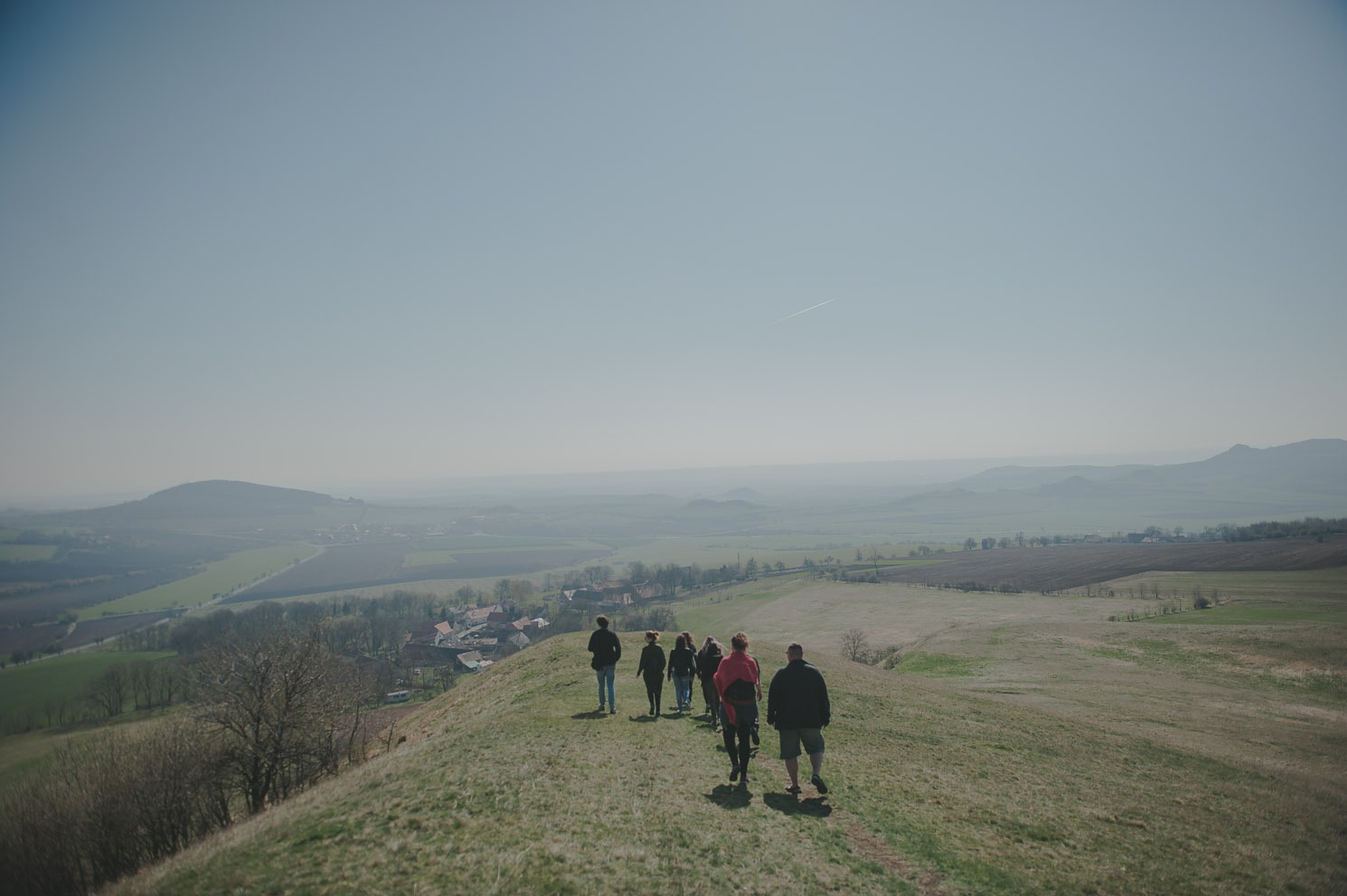 We continued along the crest of the mountain, heading towards what seemed like an endless remarkable backdrop. Wind at our back, this start to the day was one for the senses, leaving you with a bird’s eye view of everything around and the feeling of being on top of the world (even if it's just a few hundred meters 😉 ). 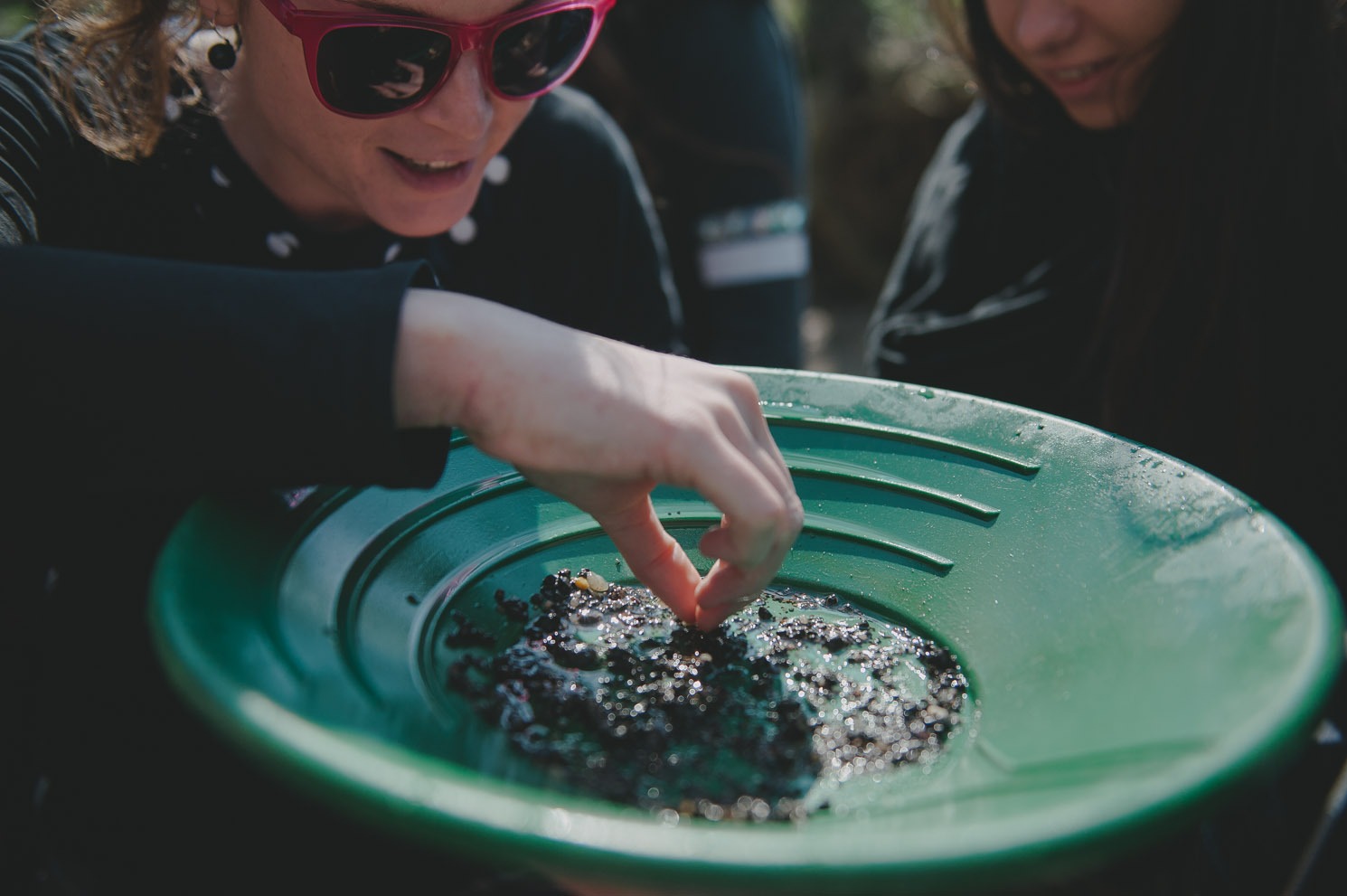 For a contrast in scenery, we headed into the lower lands, whose ecosystem plays an integral part of the uplands. We stopped at an unassuming creek, one easily passed over. Here, we got to get a little dirty, trying our hand in panning for Czech garnets. The creek was full of tiny pieces, the red reflecting the light that contrasted against the green pan, giving you a sense of satisfaction in having found your own souvenirs. These stones are tokens of bohemian culture from times when kings still ruled these lands, now a symbolic precious stone for Czech Bohemia. 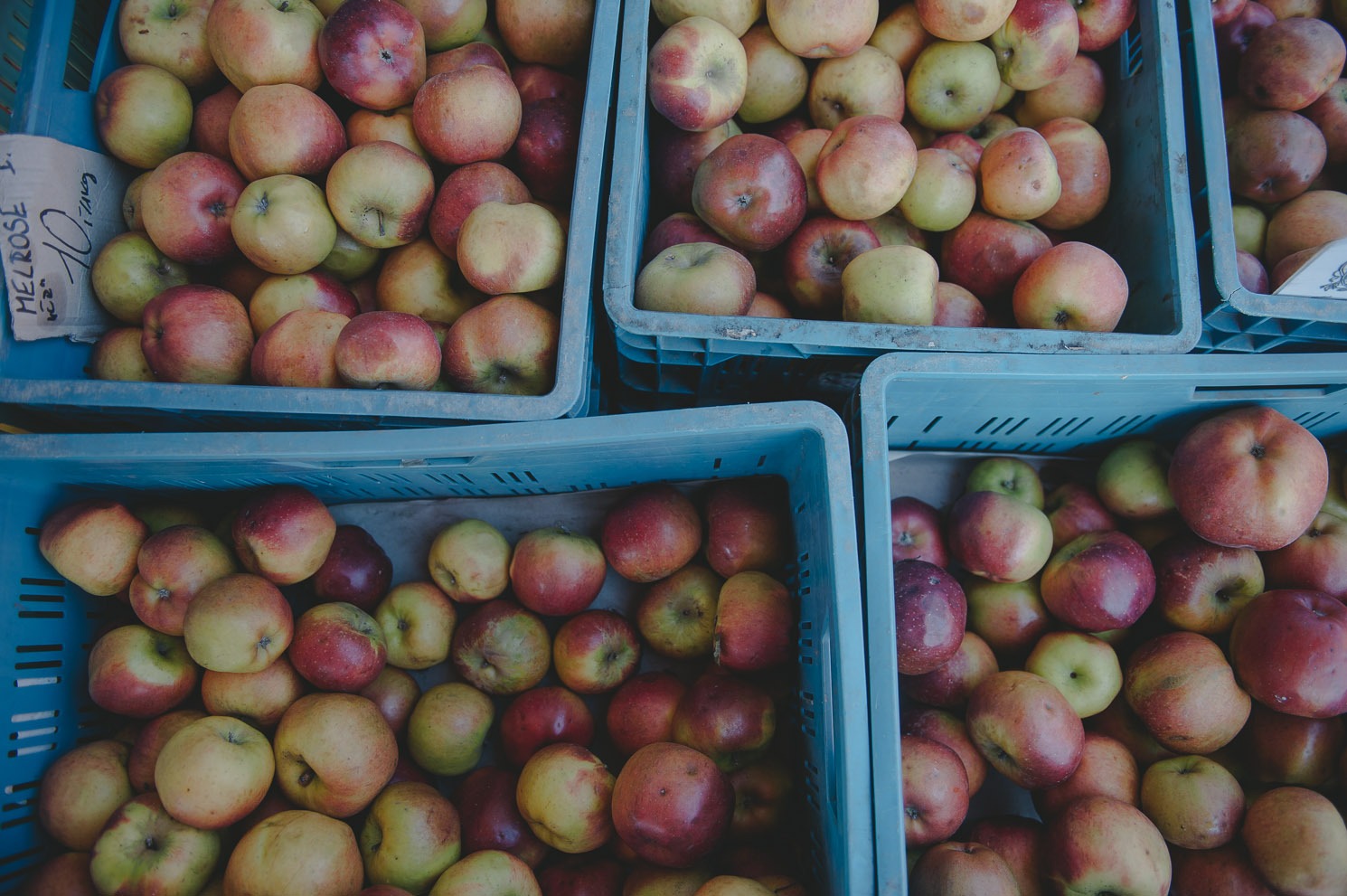 What people eat has always had a hand in shaping a culture. While driving through the hills and mountains, rows and rows of apple trees lace the landscape, making a case for why the region is known as the “Garden of Bohemia”. We stopped at a locals farmers market with entirely locally sourced products to check out what produce was available that day. Walking towards the market and the scent grew stronger, as half of the produce outside were different varieties of these sweet fruits. It didn't stop their either. A variety of apple products, from cider to juice to dried apples... Needless to say, apples are an important symbol of Bohemia.

However, they do eat more than just apples… promise. Next stop, a Bohemian farm. 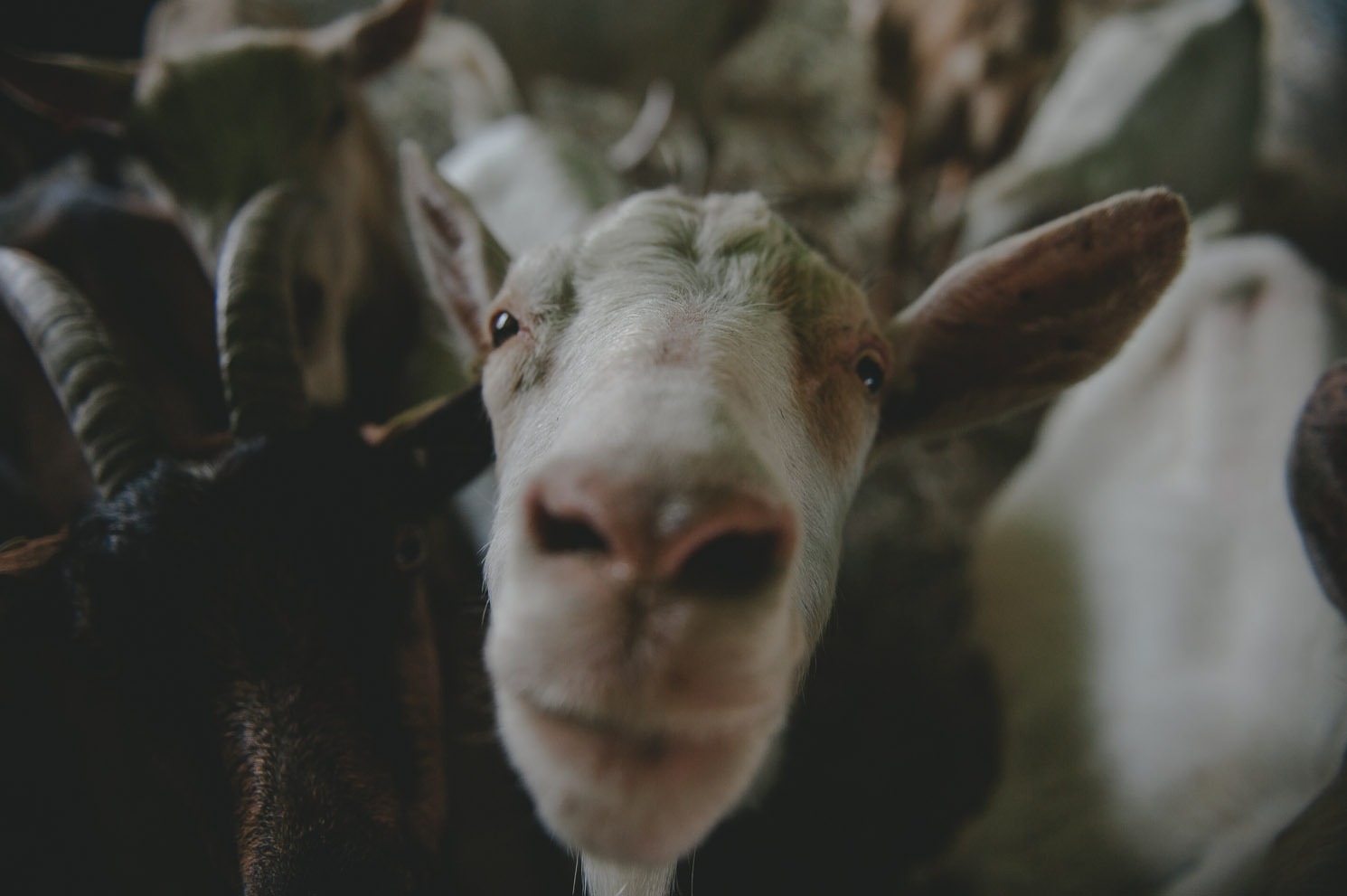 Next, we were guided us through a local producer, enabling us to taste authentic local delicacies, and it wouldn't be a true Czech Bohemian experience without a little of just that- goat cheese. Where better to experience that than a proper goat farm. We drove through a few charming villages and stopped alongside the road. Adjacent was a humble looking farm. We wandered into the grounds, visiting with the goats, pigs, cow and friendly barn cats, while feeding the goats with.  As friendly as they are, once they discovered you were holding apples to treat them with became even more friendly… swarming you and ignoring all personal space.

Now tasting a little of the cheese. Nothing tasted quite like this extremely-fresh kozi syr (goat cheese) made that day. The usual sour taste goat cheese is known for dissolved with the fresh, melt-in-your-mouth creamy texture. We couldn't get enough. Besides the perfect wheel of chevre, the farmer sells his cow’s milk kefir and another cow’s milk cheese, julčin sýr. 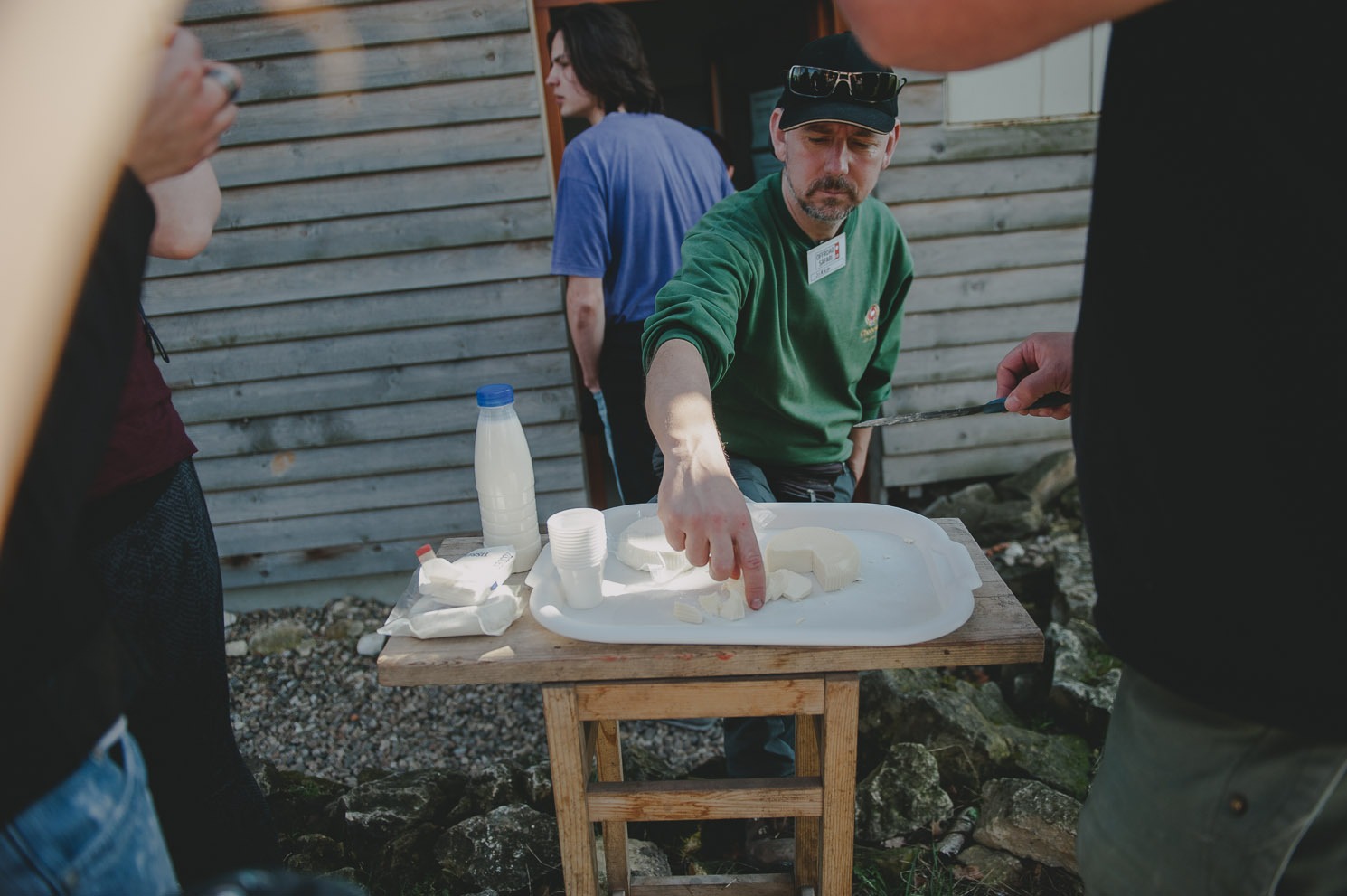 After our stomachs were full of the freshest cheese and kefir, we made one more stop, at the base of another mountain, with a lake in the distance. We used telescopes to get better views of the surroundings, trying to spot the elusive groundhogs who have made their burrows in the ground as well as the paragliders taking advantage of the same landscape, soaring above.

We may be a bit biased, but the guys at Off Road Safari offer an experience only a true Bohemian could show you. Between prehistoric volcanoes and garnets adorning Bohemian kings, you can see that this region is rich in history. Getting to explore through their eyes, creates an experience how it has shaped Bohemia today.  How else would you venture into uncharted territory, climb to birds eye views, taste local farm life and experience some of the best nature the Czech Republic has to offer in one day? You can’t. They hold the keys to unlocking this stunning region for visitors, and are what makes touring the Bohemian Uplands a rich and unforgettable experience.

Inspired to book a trip to Prague?

Check out our current special deals.

Alexandra is American photographer and writer living in Prague, who came for the views and stayed for the cheap beer. She is into sunrise walks on the bridge, cafe culture and is overly enthusiastic for all things Prague, travel and good coffee.