So you are planning to spend Christmas holiday in Prague?  You found a nice play to stay (Sir Toby's is giving you up to 25% discount as a Xmas present), and you booked yourself a comfortable flight.
The only thing left is to figure out what to do in our lively city.
Well join us for a quick round-up of interesting events that take place during Christmas time.

Christmas holiday in Prague is truly amazing. Not only for its world-famous Christmas Markets, but also for many other interesting events that will make you fall in love with the city and wish to stay forever (I did).

Officially, Christmas days are 24, 25 and 26 December. This is the period when the city shines the brightest, Christmas carols are heard everywhere and people are slowly strolling the narrow streets of the Old Town.

Christmas Eve is the most festive day of these. One should expect most of the pubs, restaurants and shops to be closed that day, allowing families to get together around the holiday table.
Christmas Eve is also the day when Czechs traditionally go for the Midnight mass.
Masses are held in churches all around Prague, usually starting at midnight. Some masses start earlier though, such as the 21.00 open-air mass held at Prague's Old Town Square.

Nativity scenes are a big part of Christmas holiday tradition too.
An exhibition of nativity scenes, with more than 200 ones, is being held in the Church of Our Lady of the Snows until 3 January 2016 every day from 10.00 to 18.00.
One of the biggest exhibition of nativity scenes in Prague, it presents historical and contemporary scenes made from various materials such as paper, wood, glass and gingerbread.
The most interesting scene seems to be a mechanical one by Jiri Votruba, 4.5 meters long and full of little figurines that move around. 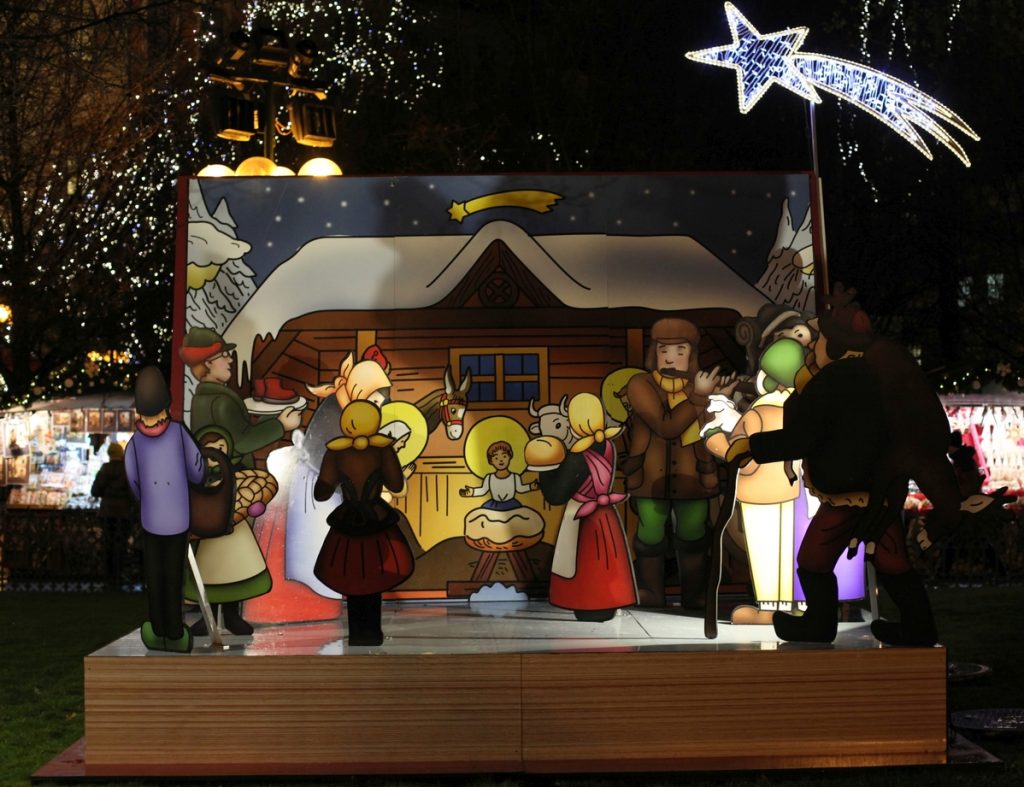 Another exhibition, this one showing traditional crafts, is being held at Bethlehem Chapel until 3 January, every day from 9.00 to 18.00.
It presents cobblers, bookbinders and rope makers, as well as traditional crafts of woodworking, basket weaving and glass production. 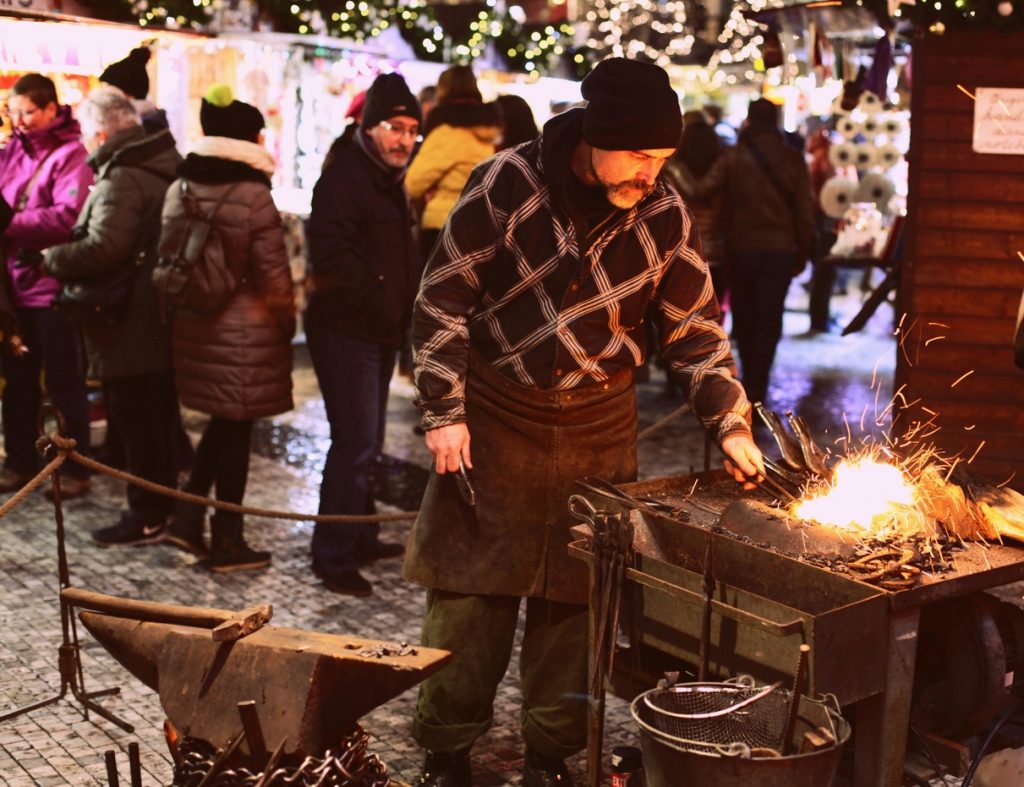 Prague is famous for its classical music scene.
It is possible to see beautiful classical concerts every day, and here are two that will catch the holiday spirit in full.
First one is a Christmas concert held at the Prague Castle, in a more than 1000 years old Romanesque Basilica of St. George. 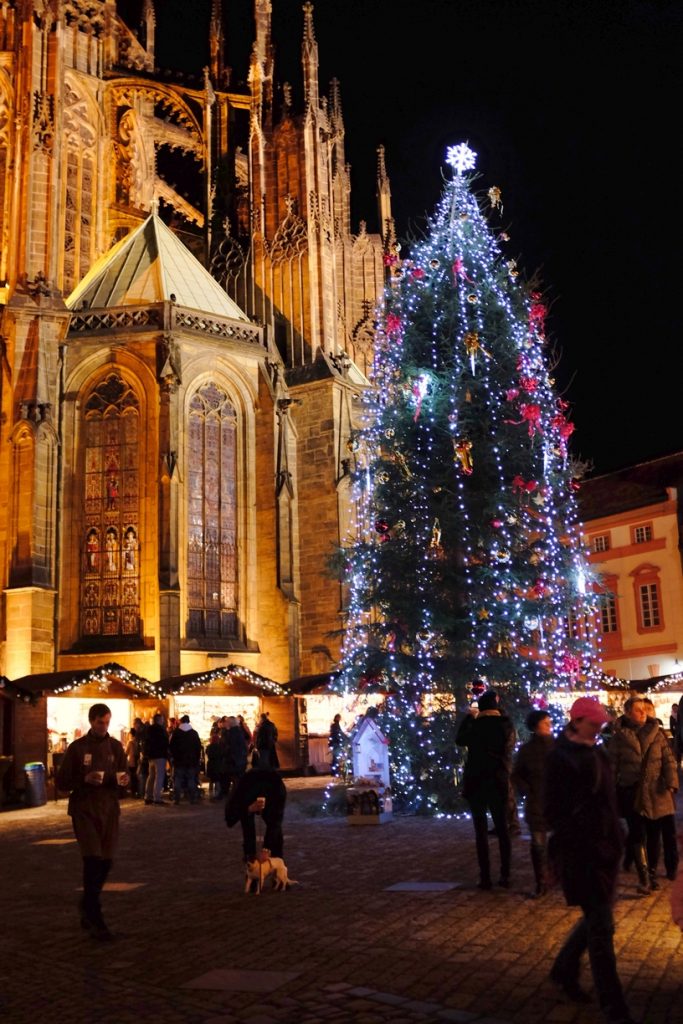 The orchestra, comprised of eminent Czech musicians, will perform a selection of Mozart, Vivaldi and Corelli, and even Jingle bells on 10, 12 and 25 December.

The other one is Christmas Mozart & Strauss in the Old Town Square's Smetana Hall, held on Christmas Eve.
Performed by world famous Dvorak Symphony Orchestra Prague, the concert will feature opera soloists and ballet dancers.

Kolowrat, an English speaking theatre located in the heart of Prague Old Town, is preparing two plays that you might find interesting.
'Santaland Diaries' is an insane anti- holiday account of comedian David Sedaris' work as a Christmas elf at Macy's department story.
Beloved all over the world, second one is Charles Dicken's 'A Christmas Carol', a classic about a mean old man being visited by ghosts of past, present and future.
You can see 'Santaland Diaries' on 11, 12, 13, 18 and 19 December, while 'A Christmas Carol' is performing 21 and 22 December.

A 'must see' is a Czech true classic 'Wonderful Circus', a play that has been running for 38 years.
It is a story about a pilgrimage of two clowns, and involves a magician and the beautiful Venus, as well as a series of magic tricks that attempt to challenge the audience's perception of reality.
'Wonderful Circus' will be shown on 25, 26 and 27 December at the National Theatre.

Somewhat different shows are being held at Jatka 78, a theatre that specializes in contemporary circus.
Almost every day until 18 December Jatka will host La Putyka De Luxe, a performance by the contemporary ensemble La Putyka.
The ensemble, consisting of large number of actors, musicians, acrobats, puppeteers and dancers, prepared the show about its everyday trainings and rehersals as a holiday gift to its audience.

Contemporary circus is the centre point of Letni Ledna, a festival that will last until 31 December and host a series of performances, holiday workshops and live music events in Sir Toby's neighborhood of Holešovice.
Special guests of the festival are Akoreacro, a French ensemble consisting of six acrobats and five musicians, all of them present on the stage.

In the end, after visiting everything what Prague has to offer, why not relax a bit?
Prague's Ovocny trh has an ice skating rink recently installed, and it is a great feeling to be cruising on the ice and surrounded by a city as beautiful as Prague.
Or if you prefer watching others ice skating, why not head over to Tipsport Arena, and check 'Disney on Ice'? See your favorites Mickey Mouse and Pluto brought to life by world famous ice skaters and enjoy the choreography and great music.

The best is, as usual, saved for the end.
It is said that come dusk, a Lamplighter comes to the Charles Bridge to light its lamps. He moves from one lantern to another and uses his long pole to bring light to the city around the bridge, the same way lamplighters used to do it 100 years ago.
He only does it during Christmas holiday period, they say, so one should hurry in order not to miss him. 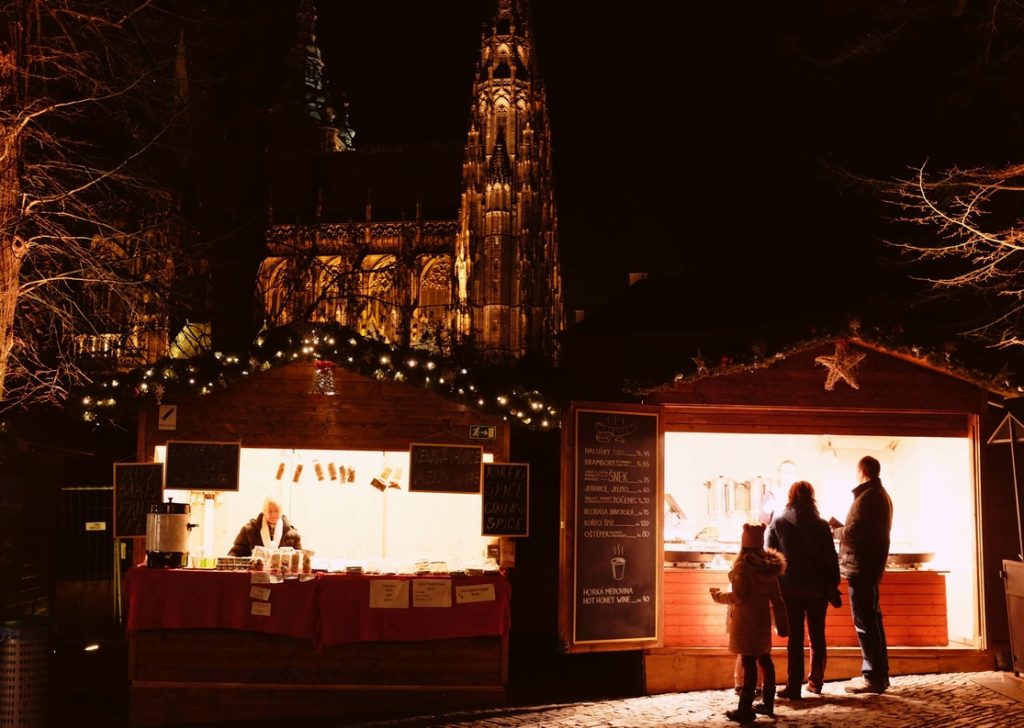 And when you come to Prague, be sure to stop by Sir Toby's Hostel's Pub, for a cup of mulled wine.