Prague is nothing if not unexpected. And I say that having travelled to a few dozen countries myself. Somehow, Czech humour and culture seem to lend themselves to the utterly unpredictable.

Whether you’re on a Prague stag do, looking to eat your way into a coma, or just on the prowl for some interesting Prague activities, you’ll want to experience the city in its full strangeness. (If the idea that Prague is a bit odd is new to you, simply read on.)

Ready to discover the strangest things you can only find in Prague? Prepare to raise your eyebrows.

The Sex Machines Museum in Prague

Have you ever found yourself in Prague, and thinking “I wonder what kinds of shoes ancient Greek prostitutes wore?” If so, this is the museum for you.

Even for the rest of us, this one-of-a-kind museum contains every type of appendage, constraint, and “mechanical device,” you could imagine (and even a few you couldn’t). We’re talking about genuine history, as some items date back centuries.

Best of all, it’s centrally located. Prague city officials may not be terribly happy about that, but Prague is a city to enjoy, so enjoy away. 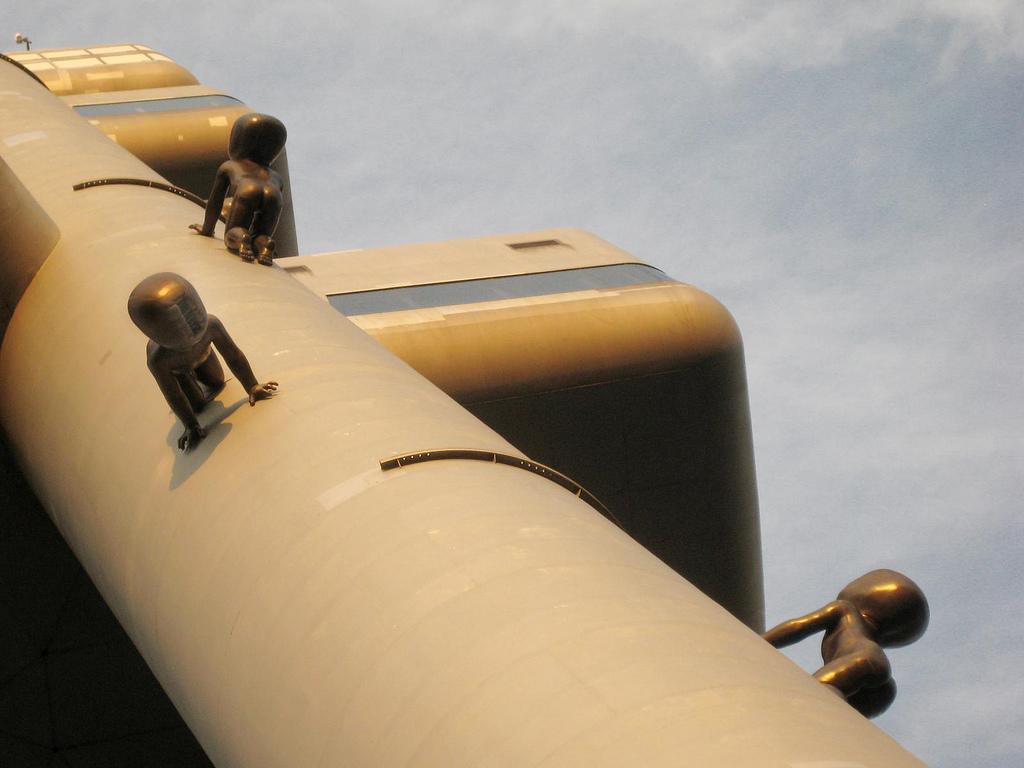 Only in Prague: giant babies climbing a central  TV tower

Yes, you read that right. Czech artist David Cerny is about as controversial and out there as it gets, and this is certainly his largest work. His specialty is combining the thought-provoking with the utterly bizarre, as all know too well already.

The actual TV tower, called the Zizkov Tower, was finished in 1992 and looks about as space-age as anything dreamed up during Communism. Of course, the people of Prague hated it. But, demonstrating the power of art to transform even the biggest eyesore, Cerny’s babies ended up transforming it into another example of that unique Czech sense of humour and irony.

Now, while a few still consider it an eyesore, it’s become a classic sight in Prague. You’ll find plenty of people who've made a place in their heart for this tower and its babies.

3. A Statue of Two Men Peeing on the Czech Republic 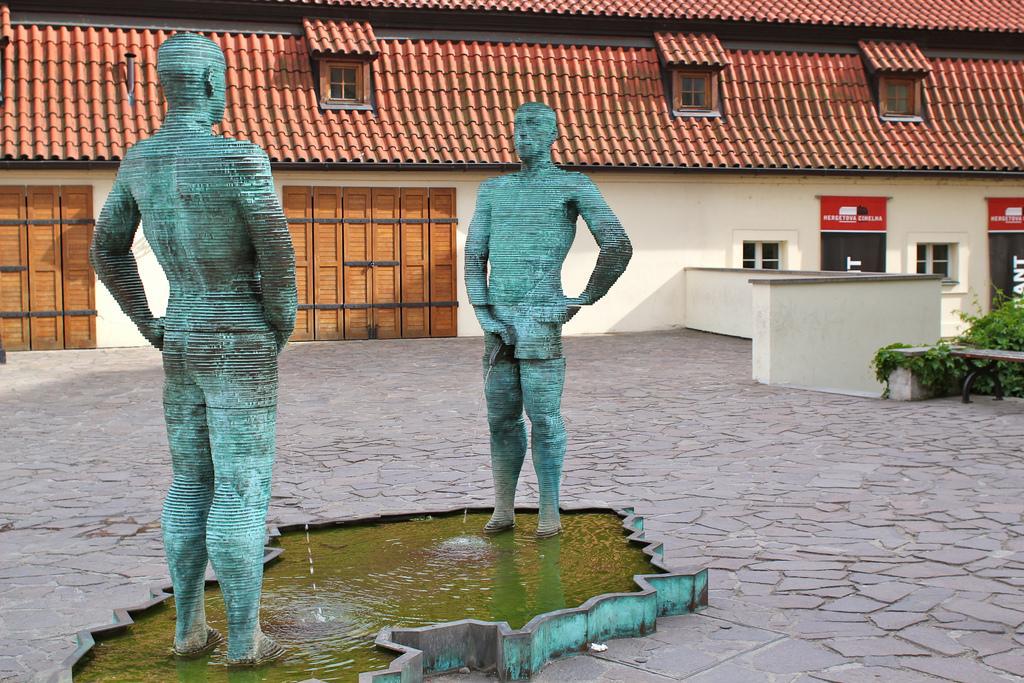 With this related artwork, which lives next to the Franz Kafka Museum, Cerny continues to take the piss (a pun I refuse to apologize for) with his fellow Czechs with a pair of statues that make even Brussels’ famous urinator blush. The rough metal figures contain movable genitals which spell out famous Czech literary quotes.

If you’re looking for a great way to wish your mate happy birthday or propose to that special someone… okay, you should probably look elsewhere. 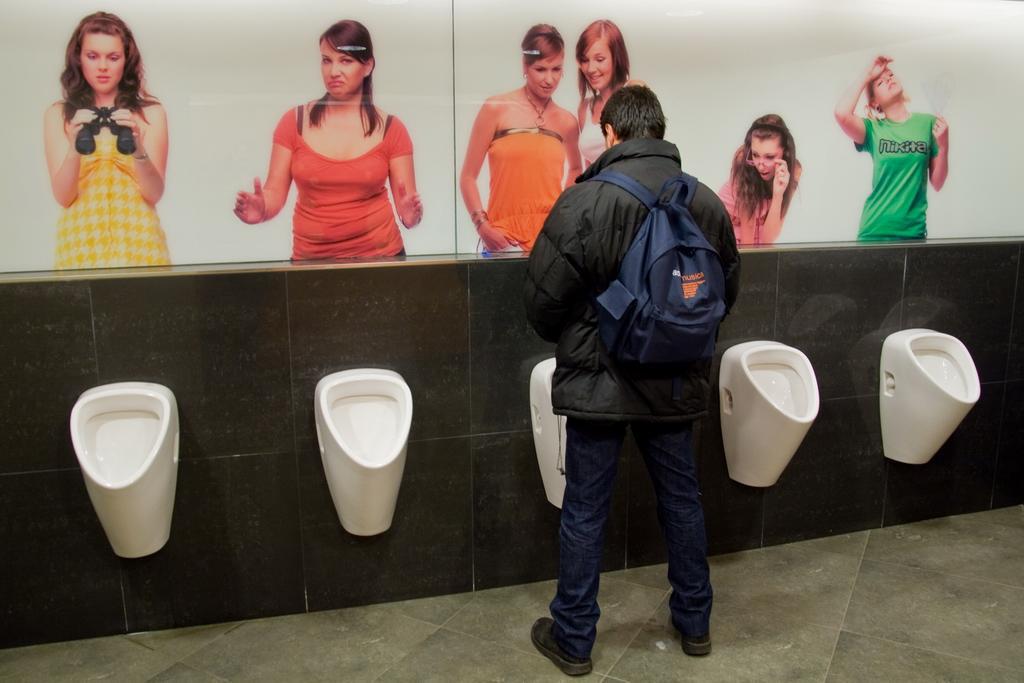 Of course, Prague hosts the Museum of Historical Chamber Pots and Toilets. Where else could such a museum truly feel at home?

There’s something here for everyone who’s ever wanted to see what Napoleon Bonaparte used in his most private moments. Beyond all the silliness, the museum offers a seriously interested run through humankind’s battle with its own waste.

Just don’t expect any interactive exhibits. Well, except for the obvious one. 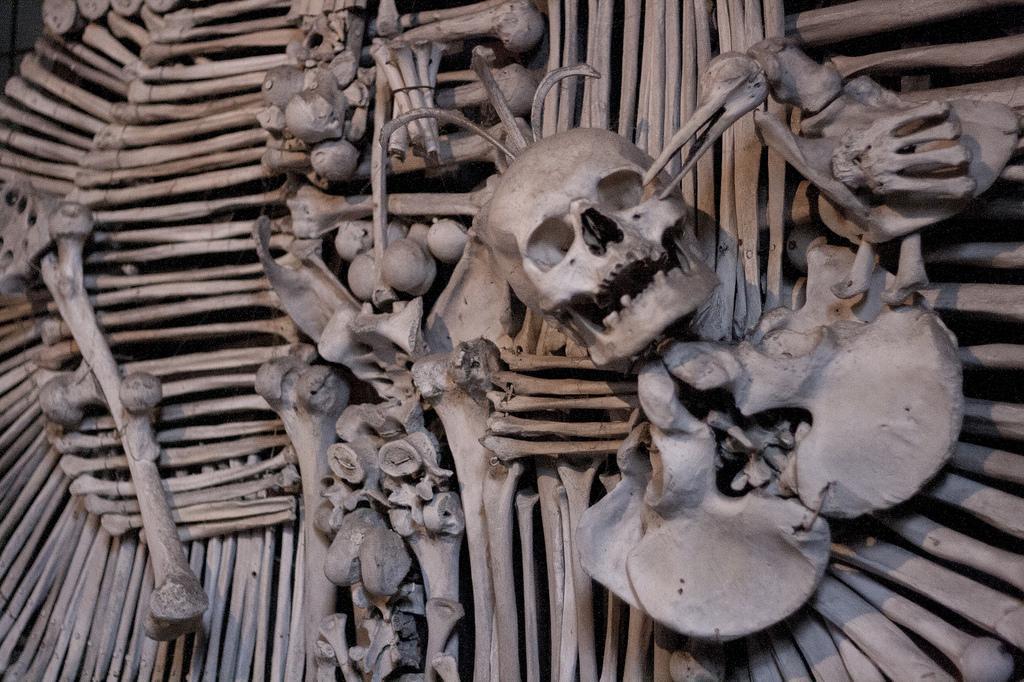 The Bone Church of Kutna Hora

Okay, so this is not strictly in Prague, but it’s an easy day trip by train to Kutna Hora.

After becoming a famous place to bury your departed in the Middle Ages, Sedlec ended up with tens of thousands of human skeletons. By the 1870s, the (let’s face it, obvious) solution was to employ them as decorations.

Thus, the Sedlec Ossuary was born. Containing the remains of between 40,000 and 70,000 people, it’s one of the strangest religious sites you’ll ever see.

What’s even more amazing is that it remains a functioning Catholic chapel. How on earth this ever got approval would be a mystery if not for what we already know about that odd Czech sense of humour.

6. A Building You Can Crush or Simply Dance With 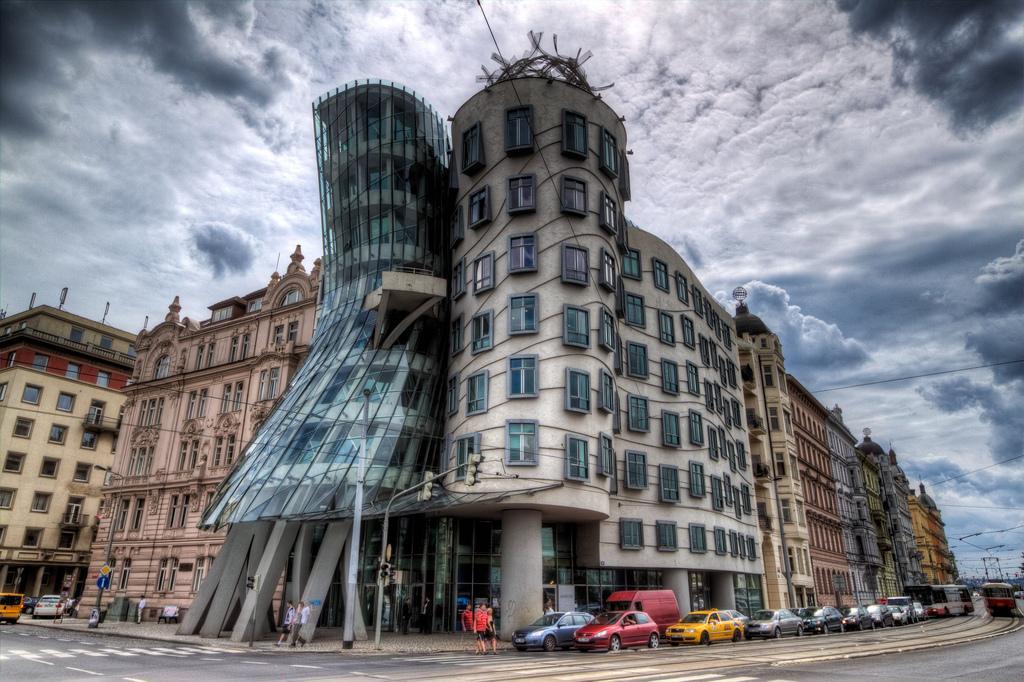 The Dancing House in Prague

Designed by Vlado Milunić and Frank Gehry, the affectionately titled “dancing house” due to its illusion of movement is a unique take on the intersection of architecture and movement.

Either way though, you can certainly interact with the building in plenty of creative ways.

As much as this Onion parody may jive with many of your own airport experiences, this imaginary airport exists only in the world of YouTube fake news. That doesn't mean it isn't one of the best Kafka-inspired commentaries on modern life out there.

Take a look at the “World’s Most Alienating Airport” and get into your own unique Prague spirit:

What are some of the strangest things you've encountered in Prague? Let us know in the comments.

Inspired to book a trip to Prague?

Check out our current special deals.

Eric Halsey has been living and travelling in Europe for nearly 5 years. He's always on the lookout for the strange or unique in every place he goes, preferring to stay with locals, learning history and languages along the way. He shares his stories and insights with Pissup.